Peter Donker raised the question in the DNN Connect Facebook Group – “How can you access the Client Resource Manager in an MVC View?”.  I gave him the answer as a reply but I thought it would be good to provide a more accessible source for the information.

A few days ago I blogged that I would be creating a number of different “ToDo” modules to showcase “Best Practices” for building DNN modules.  This project is hosted on Github and is inspired by the ToDo MVC project which shows how different JavaScript MV* frameworks and libraries can be used to build a common “ToDo” application.  My first project is a “Classic WebForms” approach to building a DNN ToDo module.

I have called it “Classic Webforms” as it primarily uses features of DNN that were available prior to version 5, when we began to add additional ways to develop modules.  However,  as with most of my example modules this module is developed using a number of modern “Best Practices” – these Best Practices are highlighted in italic.

When I announced that I was no longer working at DNN Corp, I did make it clear that it was still my intention to remain active in the DNN Community.  And so, for the last couple of weeks I have been trying to decide what I should do.

In my role as Senior Architect and Chief Architect at DNN Corp I often found myself adding or updating the framework for developers to write module extensions for DNN.  And, of course, that meant that I needed to create a module in order to test out those features.  Often I did this by creating a To-do or Task List module.

DNN 8 will support creating modules using ASP.NET MVC version 5.1 (or later) as well as using a SPA (Single Page Application) module using HTML 5, JavaScript and ASP.NET Web API.  In previous blogs in this series I have described how these modules can be built and I have shown how localization is handled.  One topic still to describe is how both of these approaches can register module actions so they show on DNN’s module action menu. 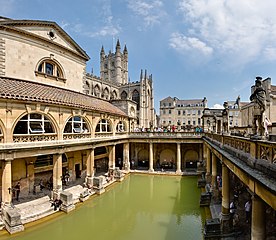 DNN 8 will support creating modules using a SPA (Single Page Application) model using HTML 5, JavaScript and ASP.NET Web API based web services.  In a previous blog in this series I showed how you can set up your environment to create SPA modules. This model development style has been available ever since we added support for ASP.NET Web API, but in DNN 8 we have added support for html files to be module controls.  This means that we no longer require some form of code-behind file.  So how do we do things like registering JavaScript files that we used to do in those code behind files.  In this blog I describe how we have extended DNNs token support to provide these abilities.  As before the source code for my examples is available on Github at https://github.com/cnurse/DnnConnect.Demo.

DNN 8 will support creating modules using ASP.NET MVC version 5.1 or later.  In previous blogs in this series I showed how you can set up your environment to create MVC modules and I created my first MVC Action/View. In this blog I will describe the support we have included for localizing text in MVC Controllers and MVC Views.  As before the source code for my examples is available on Github at https://github.com/cnurse/DnnConnect.Demo.

In addition to ASP.NET MVC modules, DNN 8 will support SPA (Single Page Application) modules, developed purely with HTML JavaScript and Css, together with ASP.NET Web API based Web Services on the Web Server.  DNN currently supports this module type – to a degree - but the HTML is required to be in the WebForms User Control.  A number of the newer modules have been built this way, for example the Core Messaging module and Membership modules found in the User Profile are built in this way.

In my previous blog I reviewed the Development Environment I will be using for my blog series on Module Development in DNN 8.  As a reminder you can find all the sample code on Github at https://github.com/cnurse/DnnConnect.Demo. In this blog we will create our first  MVC Action and View.

Last week Joe Brinkman announced that the initial fruits of those labours was now available in a CTP of DNN 7.5.  The support introduced in 7.5 will allow developers to build their DNN modules using ASP.NET MVC version 5.1.1 or later.